Children are small beings in their development stage and up until we realize that, we may do things wrong. Many people raise children as robots that should just be programmed, to feel, behave and work in a certain way. Many people have asked me how they can be sure their children are able to deal with their mental health, and how to help them feel safe in the face of challenges.

Each child is different, but most children interpret the world through their parents. They pick up on the tensions and changes in attitudes we experience and react to those changes. While trying to be aware of your child’s feelings, be sure to be mindful of your own. Try your best to be in control of your emotions responding to both the event and to your child’s behavior. Be prepared to be open enough to discuss the complexity of dealing with difficult emotions. Being in control of your own emotions reinforces a message of security and safety.

Be observant of a child’s behavior because a child may not understand or know quite why they feel a certain way but they can worry all the same. Be aware of both their verbal language and body language for signs that they are having difficulty. Some children may not be emotionally capable of telling someone exactly how they feel, but they will often show it. What they display will differ from child to child, but watch for difficulty with sleeping or eating routines, extra displays of emotions, acting out, clinging to caregivers, zoning out, complaining of physical ailments, or simply being cranky.

If you see your child having behavioral difficulties, ask them about how they are feeling. Broach the subject by asking if they need or want to talk. Reassure them that talking is good. Let them know that we are trying our best to keep them safe. Talk about how to respond if they don’t feel safe. When talking to a child about a tragedy, pay attention to how each child is different and thus can only take on or understand so much. Only provide them with as much information as they can handle and in words, they can understand. Too much information can be frightening and overwhelming, while too little can leave a child lost and insecure. Pay attention to their verbal language and body language for signs that they are having difficulty with the conversation. If they seem uncomfortable with the discussion, end it for the time being but let them know that if they want to talk more or ask another question, they can always come to you. Older children should be more capable of discussing tragedy than younger children.

Control their exposure to the media

It is the media’s job to quickly present all the information they have. This doesn’t include the filter that parents should want when describing trauma. Outside of conversations about a tragedy, be sure to focus on creating a healthy home environment by doing the following: Spend a little extra time with children engaging in fun activities or comforting and holding them. Return to their normal routine as soon as possible. Praise them for being a great person. When you have to leave, reassure them that you love them and that you will come back. These positive reinforcements will foster a feeling of security and create a healthy distraction to focus their attention in the direction you desire.

The most important thing to do when interacting with your child after a tragedy has occurred is to, above all else, reinforce that you are there to help them when they feel scared. If a child’s reaction to a tragedy persists, and their behavior interferes with their ability to manage their life effectively, seek out professional support or counseling.

Childhood Psychological Abuse is as Harmful as Sexual or Physical Abuse

Children who are emotionally abused and neglected face similar and sometimes worse mental health problems as children who are physically or sexually abused, yet psychological abuse is rarely addressed in prevention programs or in treating victims. Children who have been psychologically abused suffered from anxiety, depression, low self-esteem, symptoms of post-traumatic stress, and suicidality at the same rate and, in some cases, at a greater rate than children who were physically or sexually abused. Among the three types of abuse, psychological maltreatment was most strongly associated with depression, general anxiety disorder, social anxiety disorder, attachment problems, and substance abuse. Psychological maltreatment that occurred alongside physical or sexual abuse was associated with significantly more severe and far-ranging negative outcomes than when children were sexually and physically abused and not psychologically abused, the study found. Moreover, sexual and physical abuse had to occur at the same time to have the same effect as psychological abuse alone on behavioral issues at school, attachment problems, and self-injurious behaviors, the research found.

Child protective service caseworkers may have a harder time recognizing and substantiating emotional neglect and abuse because there are no physical wounds, We need public awareness initiatives to help people understand just how harmful psychological maltreatment is for children and adolescents.

This includes parents making choices about their children that may be seen as overprotective and undermining of a child’s need to be self-sufficient. It’s not easy for parents to determine if they are over-stepping. A good rule to ask yourself: “Is my child capable of handling this situation himself?”  It can be especially difficult for a parent to show restraint when you fear your child might fail.  If the answer to this question is that yes, your child is capable of managing a particular aspect of her life, then parents do need to step back and accept the outcome of a child’s behavior or choices.

Allowing your child to manage his own life allows him to learn to trust himself and improves his sense of self.  When a parent over-manages or protects a child, it robs her of self-sufficiency and can result in an anxious or depressed child.  It may leave him unable to feel confident about himself when he is inevitably faced with a difficult choice.

The decision to let a child manage a situation begins in infancy and can span into early adulthood.  Parents have the ability to “gift” children with personal skills that give them a solid foundation for a happy and successful life. Giving your children control of aspects of their lives that they are capable of managing leads to the growth of confident and competent young adults with a positive sense of self to meet life’s challenges.

If you need to speak to a professional counsellor, don’t forget to get in touch with TNR CT. 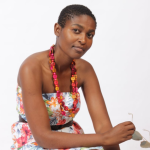 My lessons this year

How to get the best out of Therapy

My Birthday Gift to You

One of My Personal Therapies